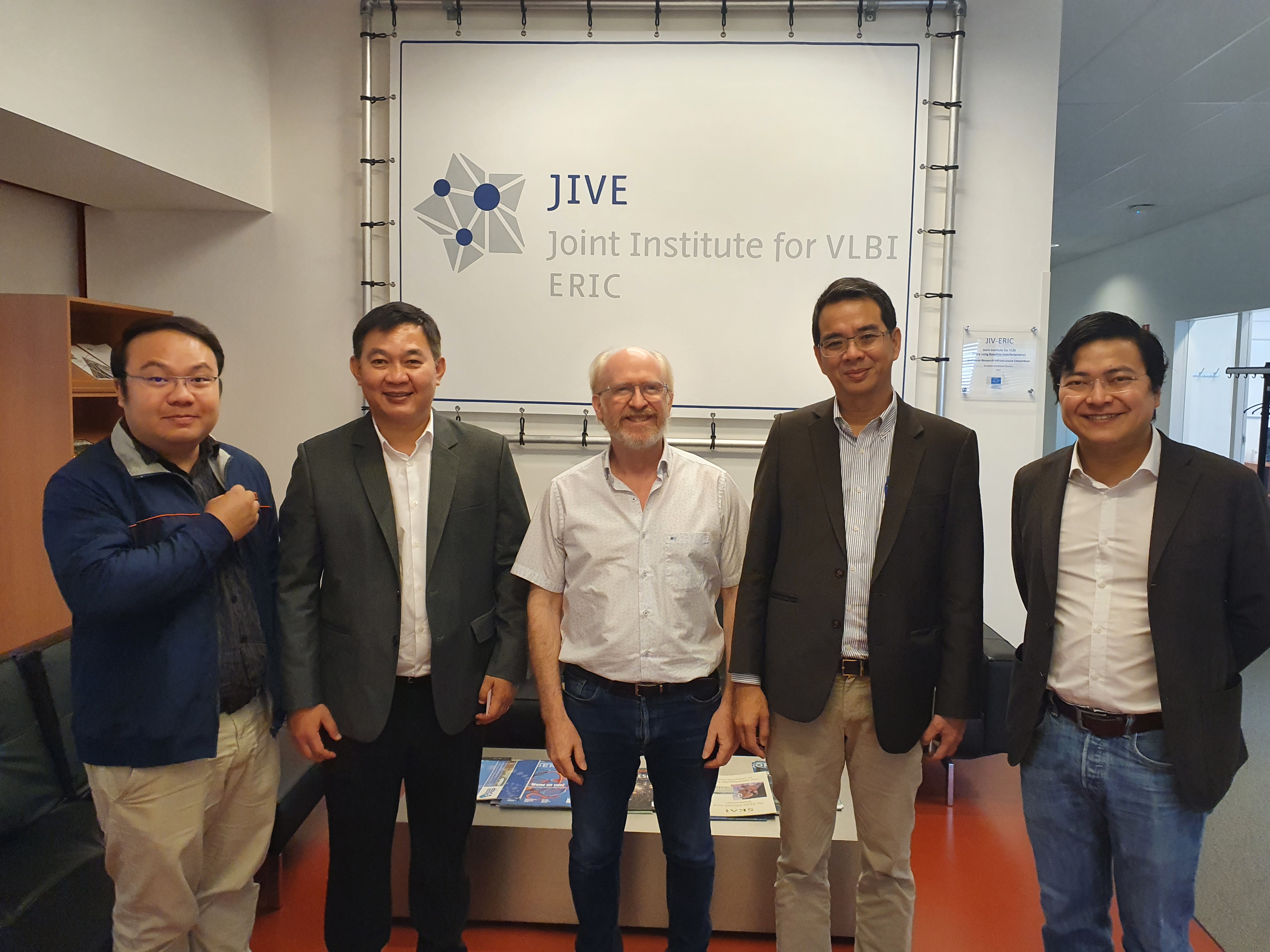 On 28 July 2022, a delegation of the National Astronomical Research Institute of Thailand (NARIT) visited JIVE headquarters in Dwingeloo, the Netherlands.

The NARIT delegation -  led by NARIT Executive Director Dr. Saran Poshyachinda - were received by JIVE Director Francisco Colomer who welcomed them to the JIVE facilities and led them to a tour of the JIVE Correlator.

The visit continued with a presentation by the NARIT delegates to all JIVE staff about NARIT activities and future collaboration with JIVE and the European VLBI Network (EVN), including the construction of the 40-metre radiotelescope close to Chiang Mai, Thailand, that will potentially join the EVN.

In 2019, JIVE signed a Memorandum of Understanding with NARIT in order to facilitate the training and collaboration among the different partners’ engineers and operators and to support the development and construction of radio astronomical instrumentation. At a latitude of 19 degrees north, this telescope will provide an extension of the EVN towards the south which is now only exceeded by Hartebeesthoek in South Africa. It is also relatively close to the Kunming telescope in southwest China, and it will provide mid- length baselines (1,000 to 3,000 km) to the other east-Asian telescopes, and long baselines (over 6,000 km) to most of the telescopes in Europe.

In the afternoon, the NARIT delegation met with several JIVE staff to discuss among other topics about R&D activities and to learn about updates of the PRIDE experiment - led by JIVE - as part of ESA's JUICE mission.