Visit us on our Open Day on October 2nd 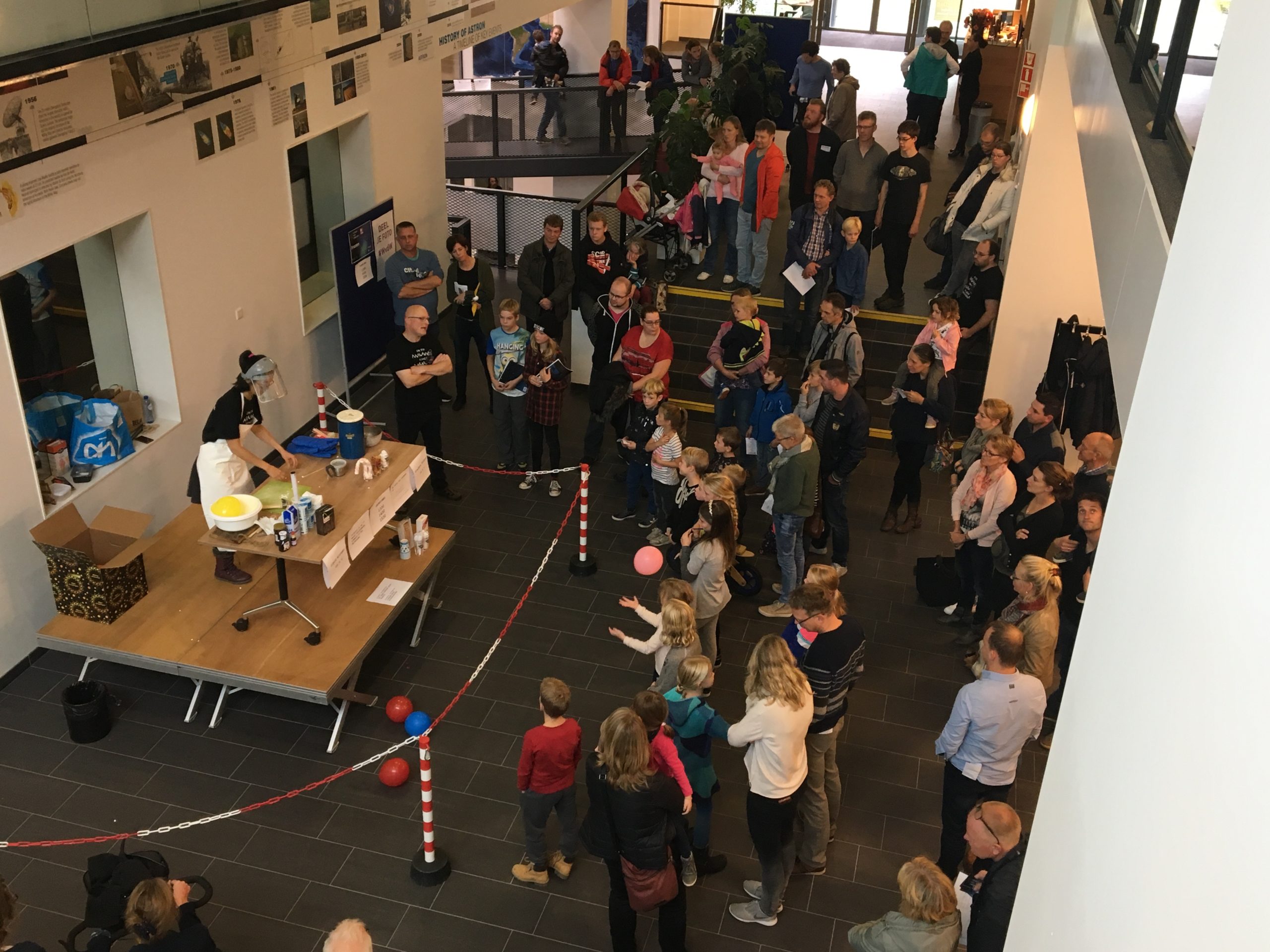 On Sunday 2 October 2022, we will open our doors to visitors during the Dutch Weekend of Science, which will comprise hundreds of events all over the Netherlands.

During the open day, all kinds of fun and exciting activities for all ages will be organised. For instance, visitors will be able to learn all sorts of things about radio astronomy. For example, how Very Long Baseline Interferometry (VLBI) works or what are black holes participating in hands-on activities or building their own pulsar (the remnant of an exploded star). There will be the possibility to visit the Dwingeloo radio telescope and also join tours of the building and the JIVE Correlator. Moreover, there will be several talks followed up by quizzes.

The event will be organised on Sunday 2 October from 12pm to 4pm. For visitors travelling by car, they can park their cars on the field at the crossroads of Oude Hoogeveensedijk and Bosrand. A shuttle bus will then take visitors to the building for free.

The Open Day 2022 is organised by ASTRON, JIVE, NOVA and CAMRAS in the framework of the Dutch Weekend of Science, which will comprise hundreds of events all over the Netherlands.