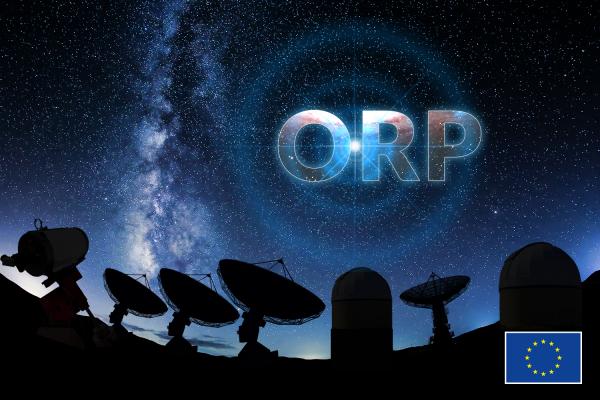 Until now, Europe has had two major collaborative networks for ground-based astronomy, one in the optical and the other in the radio-wave domain. OPTICONRadioNet;have now come together to form Europe's largest ground-based astronomy collaborative network. Launched with funding to the tune of €15 million under the H2020 programme, the project aims to harmonise observational methods and tools, and provide access to a wider range of astronomy facilities. The project will be coordinated by the CNRS, the University of Cambridge and the Max-Planck Institute for Radio Astronomy.

As our knowledge of the Universe advances, astronomers increasingly need a range of complementary techniques in order to analyse and understand astronomical phenomena. As a result, the European Union has decided to bring together the optical and radio networks OPTICON and RadioNet, who have successfully served their respective communities over the past twenty years.

With €15 million in funding from the H2020 programme, the European astronomy community will now benefit from the formation of Europe's largest ground-based astronomy network: the OPTICON-RadioNet PILOT (ORP), which brings together some twenty telescopes and telescope arrays.

The ORP network is intended to harmonise observational methods and tools for ground-based optical and radio astronomy instruments, and provide researchers with access to a wider range of facilities, building on the success and experience of the OPTICON and RadioNet networks.

The new programme will make it easier for the astronomy community to access these infrastructures, as well as provide training for new generations of astronomers.

According to the management team, "it is very exciting to have this opportunity to further develop European integration in astronomy, and develop new scientific opportunities for astronomy research across Europe and globally".

The ORP will in particular foster the development of the booming field of what is known as multi-messenger astronomy, which makes use of a wide range of wavelengths as well as gravitational waves, cosmic rays and neutrinos. Removing barriers between communities by harmonising observation protocols and analysis methods in the optical and radio domains will enable astronomers to work better together when observing and monitoring transient and variable astronomical events.

Astronomers from 15 European countries, Australia and South Africa, as well as from 37 institutions, have already joined the ORP consortium.

The ORP management team includes Jean-Gabriel Cuby, ORP project coordinator at the CNRS National Institute for Earth Sciences and Astronomy, Gerry Gilmore, Professor at the University of Cambridge (UK) and Anton Zensus, Director of the Max-Planck Institute for Radio Astronomy (Germany), as the ORP scientific coordinators for OPTICON and RadioNet respectively.