Huib van Langevelde featured at exhibition at the Rijksmuseum Boerhaave 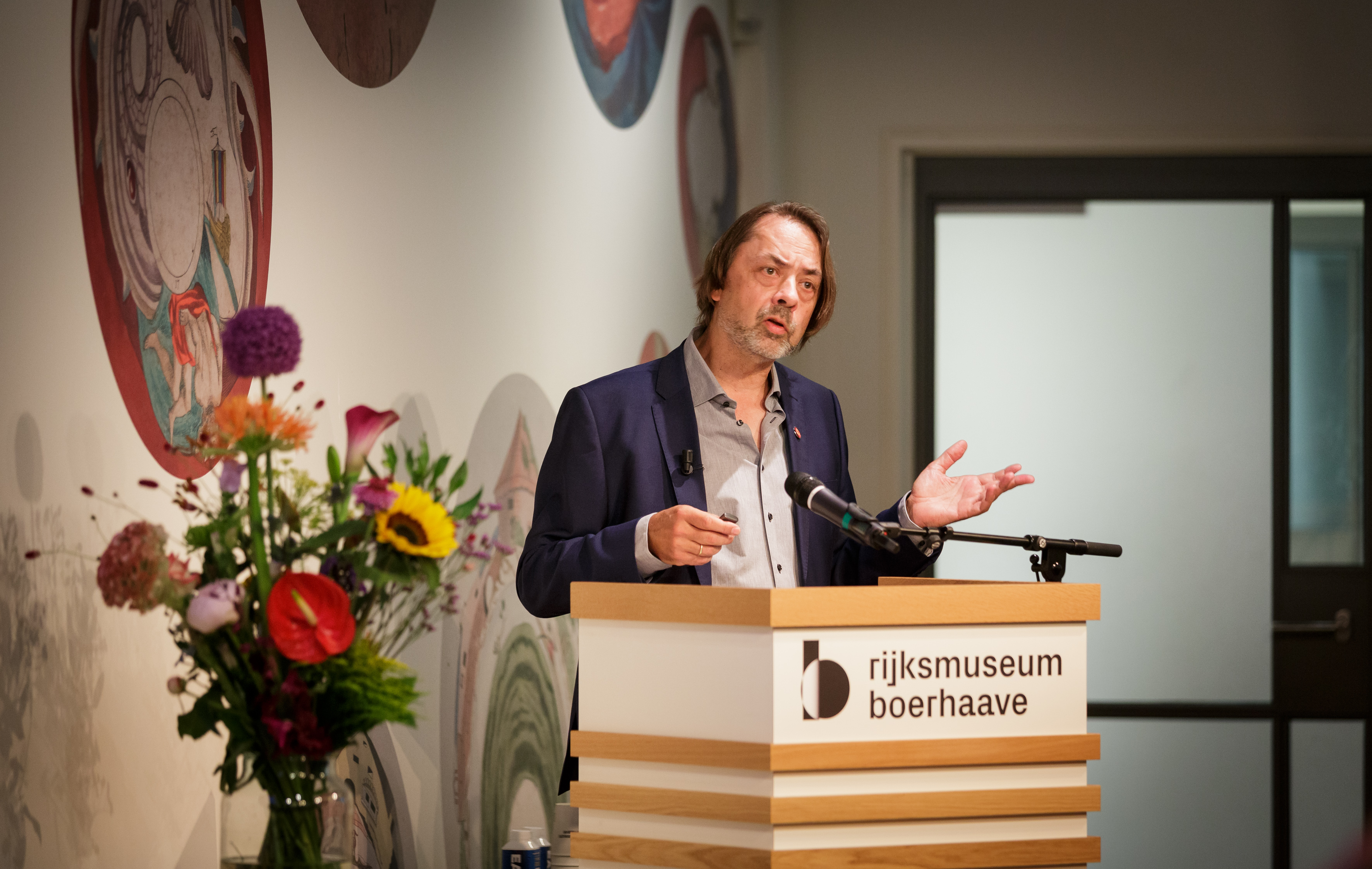 On 23 June 2022, the Dutch Minister of Education, Culture and Science Robbert Dijkgraaf opened the newly furnished Big Questions theme room of the Rijksmuseum Boerhaave in Leiden, the Netherlands. The new content of the exhibition features an interview of JIVE Chief Scientist and Event Horizon Telescope (EHT) Collaboration Project Director Huib van Langevelde, who also participated in the opening, giving a keynote address.

Big Questions is the new capstone of the award-winning permanent exhibition of Rijksmuseum Boerhaave. Big Questions is a tantalising audiovisual journey into the riches of science today, offering windows on the future. The hall has been permanently renovated and can be visited by the public from 24 June 2022.

The opening included a welcome address by Rijksmuseum Boerhaave Director Amito Haarhuis, an interview with Minister Robbert Dijkgraaf and a keynote by Huib Jan van Langevelde. 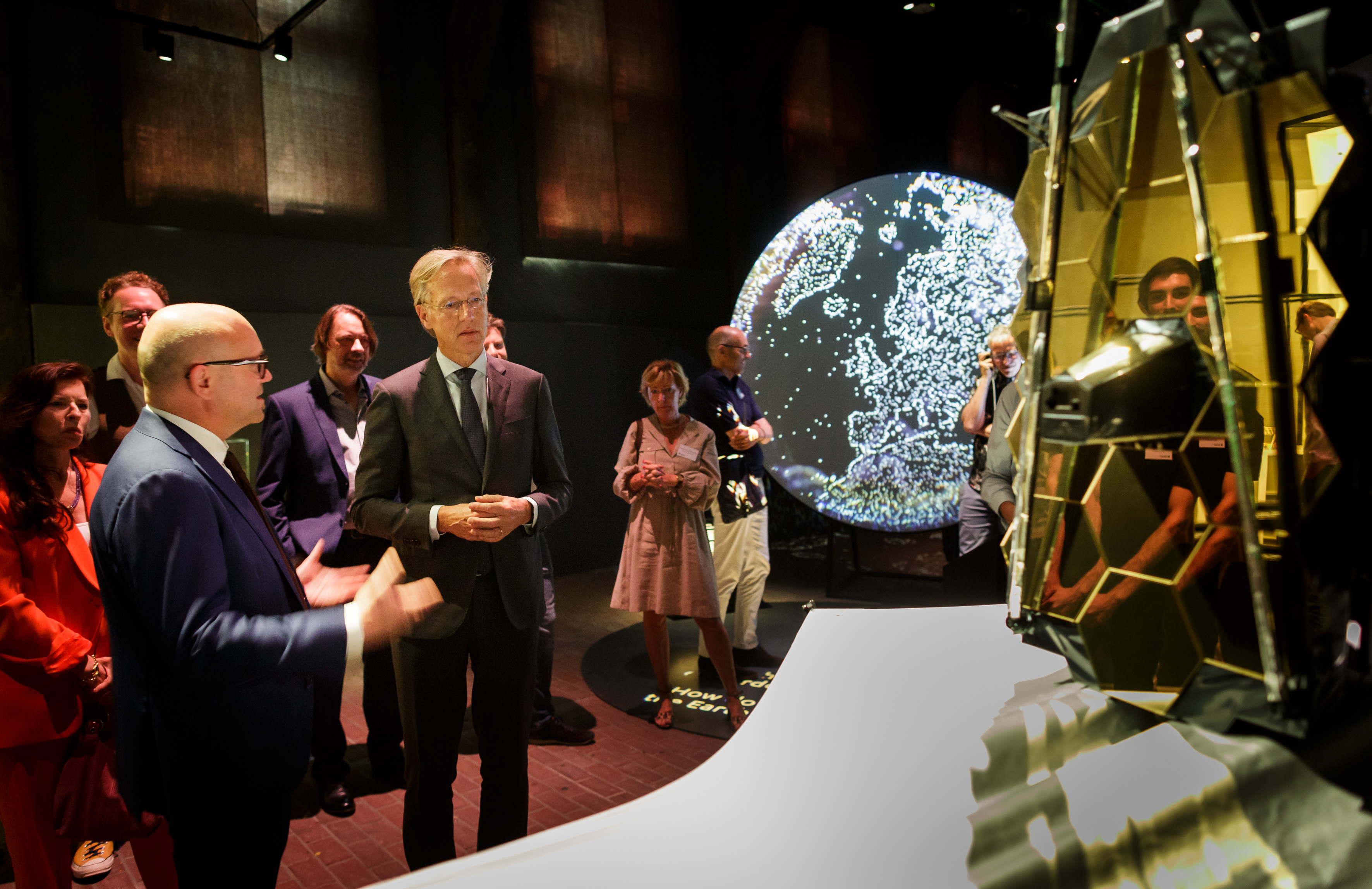 Within the themes that the Big Questions deals with, visitors are given the opportunity to ask questions to fourteen international scientists who conduct research on the subjects: body & health, earth & climate, and the universe. The questions are about the results of their research, and how they conduct that research. Among the scientists featured is JIVE Chief Scientist and EHT Collaboration Project Director Huib van Langevelde.

“The museum has a fantastic collection of intricate instrumentation that was used in addressing big questions of the past. It is very inspiring to see it now also has an exciting display of current research related to how we perceive health, environment and the universe. It is particularly important to show how science works when humanity has some major problems to solve”, said Huib van Langevelde in his keynote.

Big Questions gives the floor not only to scientists, but also to the museum collection that plays an important role in the interpretation of the story of contemporary science. Among the new elements exhibited is an EHT disk pack used to store  some of the observations that allowed the EHT Collaboration to produce the image of the shadow of the supermassive black hole in the centre of the galaxy M87 for the first time in 2019. 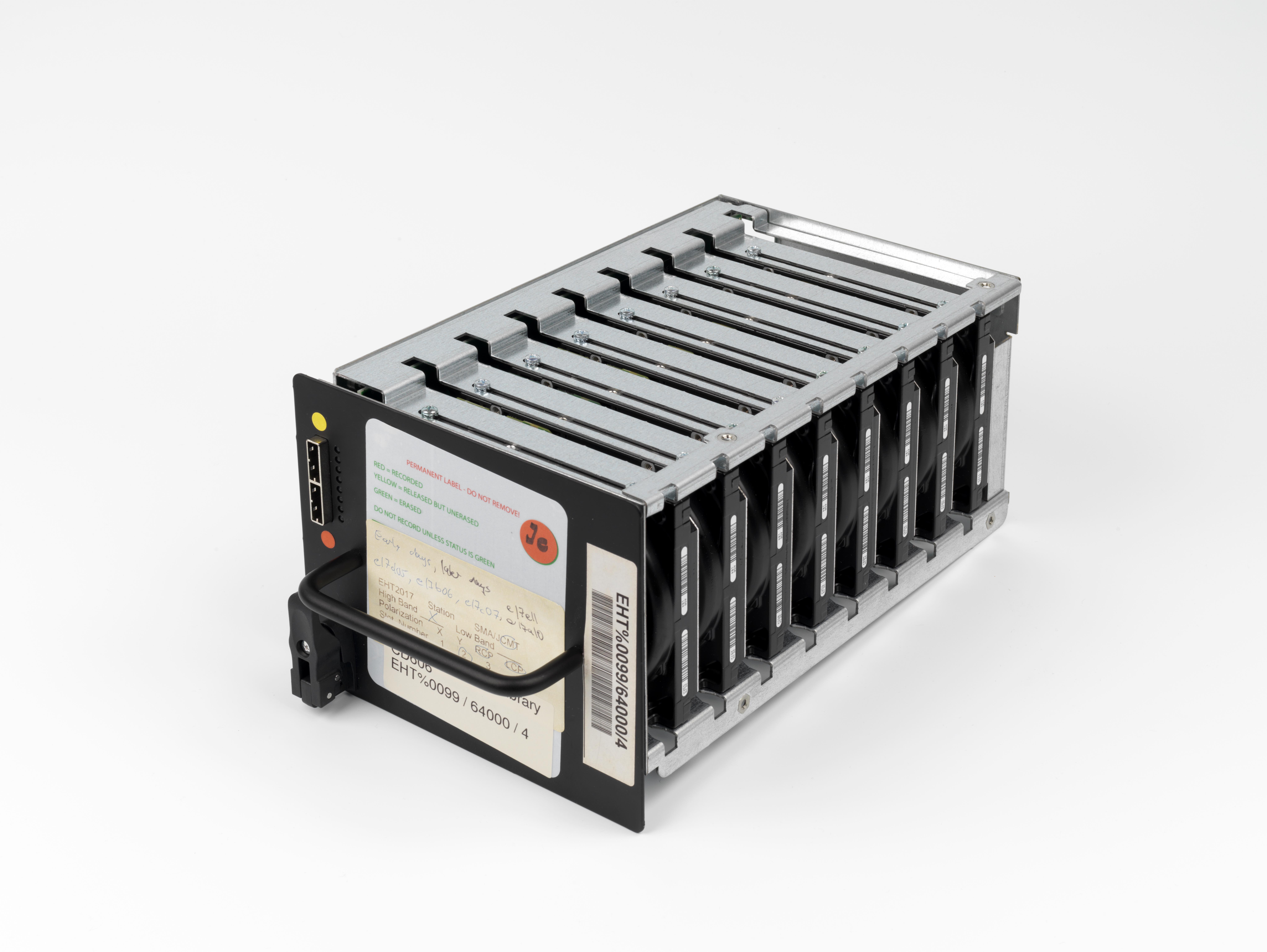 “With the renewed exhibition Big Questions, Rijksmuseum Boerhaave connects the illustrious collection and history even more with current affairs and pressing questions from now. Can we look at disease and health in a new way? How do we keep the earth livable? And are we alone in the universe? Big questions and challenges that  concern us all and that top Dutch scientists are working on day in and day out. What will be the impact of their research on the near future?”, says the Rijksmuseum Boerhaave Director Amito Haarhuis.

For more information on the exhibition, please visit the Rijksmuseum Boerhaave website.

The Event Horizon Telescope (EHT) is an international collaboration - including over 300 scientists from more than 20 countries - capturing images of black holes using a virtual Earth-sized telescope. In active galaxies where the central black hole is not resolved, the EHT enables studies of jets and jet formation mechanisms at the smallest physical scales. It utilises Very Long Baseline Interferometry (VLBI) at higher frequencies (100-350GHz) than the European VLBI Network, which operates in the 1-43 GHz regime. The EHT has published the first two images of supermassive black holes. In april 2019 the billion solar mass black hole in the core of the nearby massive elliptical galaxy M87 was revealed (Pōwehi). In 2022 the centre of our own Galaxy was shown to harbour a million solar mass black hole, Sagittarius A*.

From top to bottom: