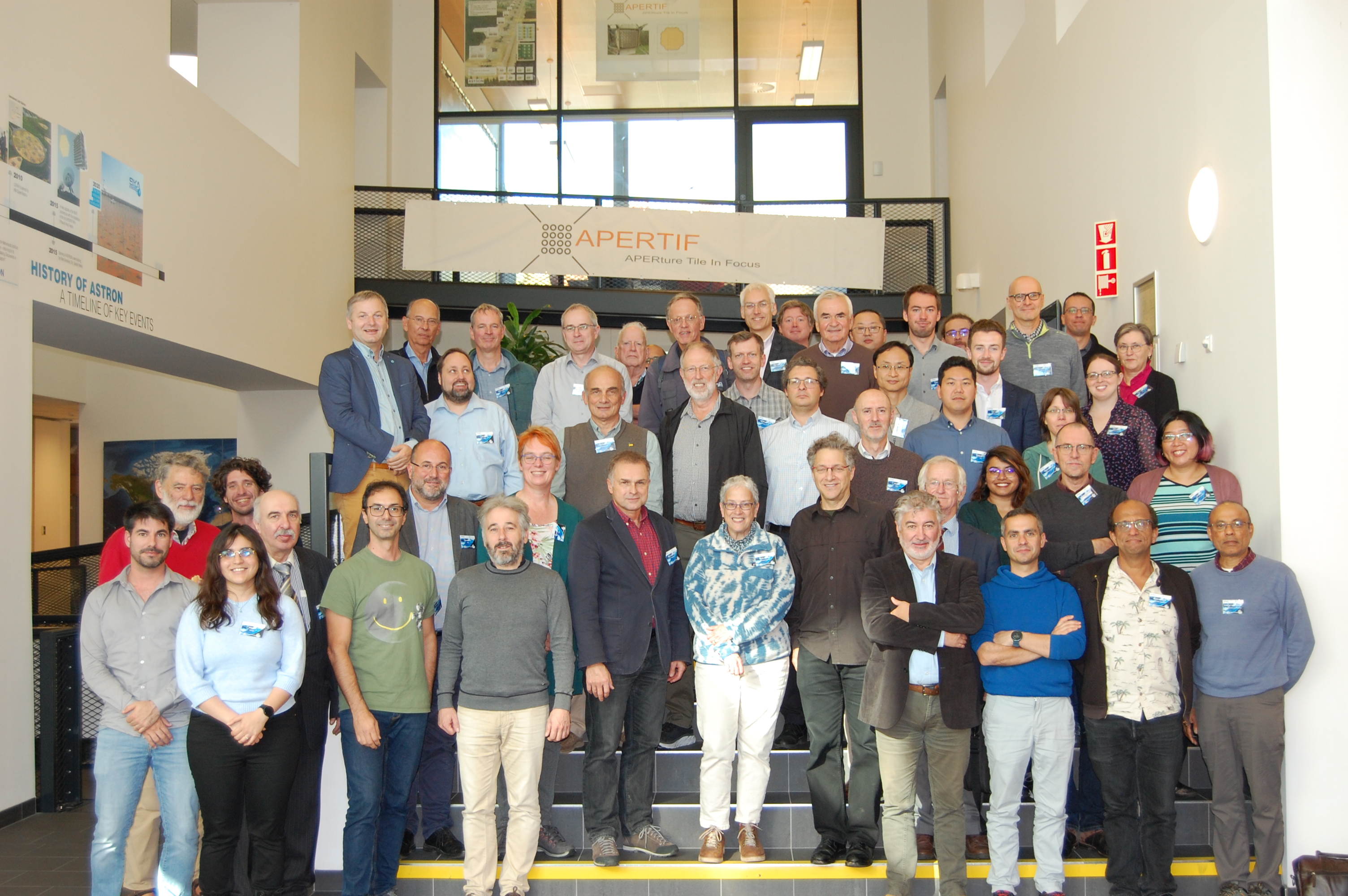 On 17-19 October 2022, JIVE and ASTRON co-hosted the 3rd Next Generation VLBI workshop (ngSVLBI-3) in Dwingeloo, the Netherlands. The hybrid workshop was attended both in-person and remotely by about 90 participants from all over the world.

The ngSVLBI-3 workshop focused on the future of high-resolution radio interferometry in Space as a natural space-borne extension of advanced existing and prospective Earth-based facilities (Global VLBI, EHT and ngEHT, LOFAR) and Space VLBI missions VSOP and RadioAstron.

The workshop programme covered all spectral domains from single-digit megahertz to terahertz. It included a posteriori reviews of the best interferometric achievements on the ground (LOFAR and other low-frequency facilities, global VLBI and EHT) and in space (VSOP/HALCA and RadioAstron). These reviews served as starting points for deliberations on the next steps in creating VLBI facilities distinguished by the characteristics which principally cannot be achieved by Earth-based facilities

The presentations at the workshop covered a range of science topics from detection of cosmological inhomogeneities of the atomic hydrogen distribution in the early Universe to enigmatic processes in the immediate vicinity of supermassive blackholes. The workshop devoted a sizable part of its program to the discussions of technological challenges and potential synergies of SVLBI systems at various frequency domains. At the ultra-long wavelength domain, several ongoing project studies aim at creating free-flying and Moon-based interferometric systems in the next one-two decades. Such projects are being worked on in the United States, Europe and China. Several mission studies at the "traditional" VLBI domain of decimeter-centimetre wavelengths are being conducted in China. Finally, at millimetre and sub-millimeter wavelengths, several teams work toward formation of a system, ad hoc or dedicated, able to achieve a single-digit microarcsecond resolution.

There is every reason to believe that the challenges can be resolved. The workshop allowed its participants to chart approaches to solving the technological problems of the next generation SVLBI systems. A leap in Space is inevitable for the advancement of high-resolution radio astronomy. The ngSVLBI-3 workshop in Dwingeloo made its contribution on the road toward future radio interferometers in Space.

The ngSVLBI-3 workshop continued the sequence of international meetings originated in Noordwijk, The Netherlands, in September 2018 and followed by the meeting in Charlottesville, VA, USA, in January 2020.