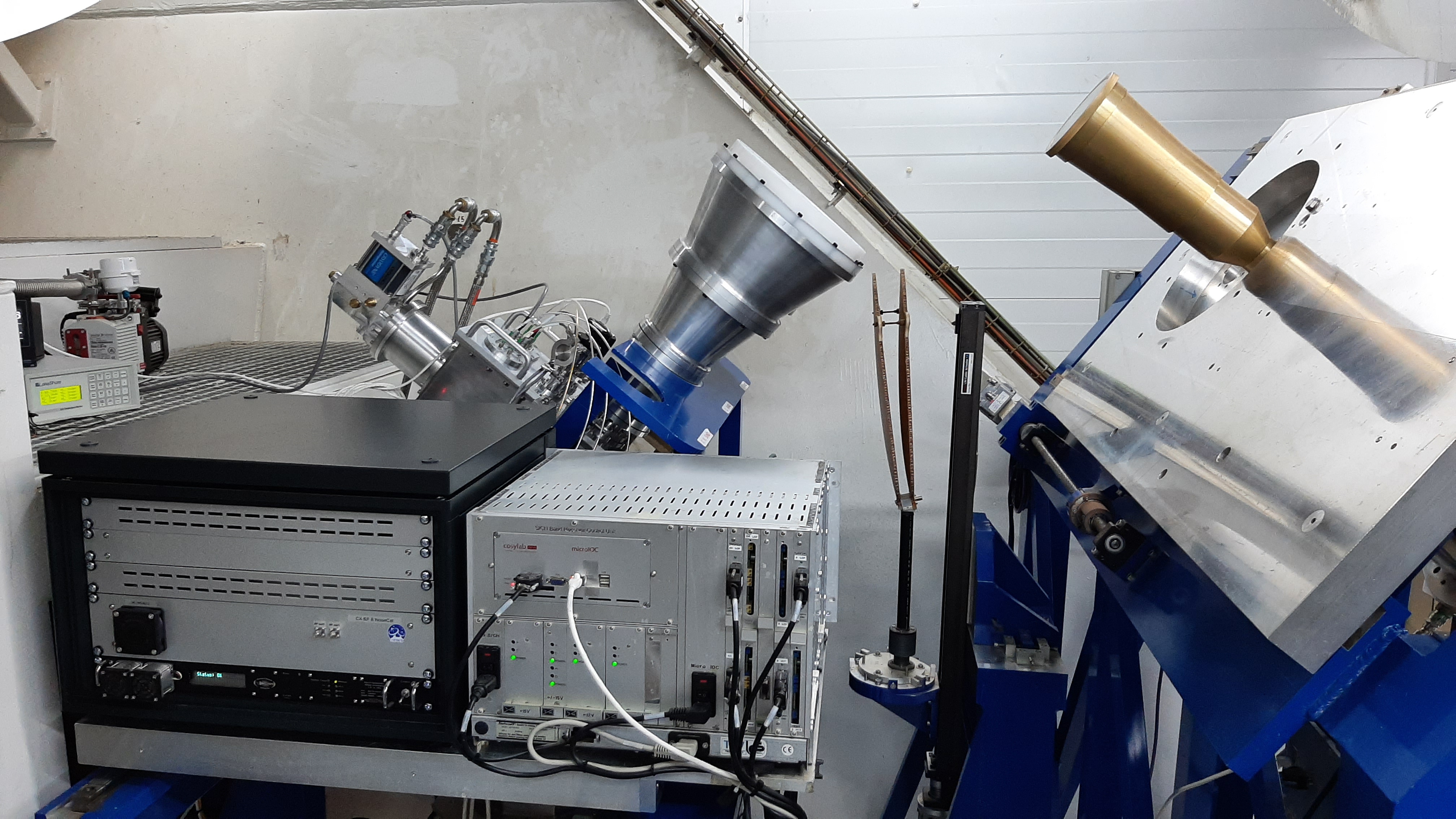 For the EVN, the contribution of the new receiver from the Yebes Observatory is an important step in adapting the network to the scientific challenges of the next decade. The EVN is currently being upgraded to work in collaboration with the next generation of radio telescopes, such as the Square Kilometre Array (SKA), and other large-scale telescopes such as the Extremely Large Telescope (ELT), which will operate in the optical and infrared range, or the Cherenkov Telescope Array (CTA), which will detect gamma rays.

The use of low-noise receivers with large instantaneous bandwidths, such as the one in question, will make it possible to quadruple the sensitivity of the EVN observations, and to carry out complete spectral and polarisation studies of the emission from the radio sources. These technical improvements will ensure that the EVN will continue to make valuable contributions in the multi-messenger landscape of the new astrophysics.

On 16 December 2021, the new Yebes CX-band receiver was successfully tested in an interferometry observation thanks to the participation of the Effelsberg (Germany), Medicina (Italy), Westerbork (Netherlands), Noto (italy) and Onsala (Sweden) radio telescopes, all members of the EVN, under the coordination of JIVE, the correlation and analysis centre of the network, which obtained and analysed the results during the observation.

The Yebes Observatory belongs to the Spanish Ministry of Transportes, Movilidad y Agenda Urbana, is part of the General Directorate of the National Geographic Institute (IGN) and constitutes its Technological Development Centre. It is located in the province of Guadalajara, about 80 km east of Madrid, in a natural environment at 1000 metres altitude with typical weather conditions of the interior of the peninsula. The Yebes Observatory runs two radio telescopes, 40- and 13.2- metres diameter.

CX band receiver picture showing the different components at the radio frequency stage: phase-corrected conical corrugated horn and cryostat containing the orthomode transducer, 3dB and 90 degrees hybrid circuits and the low noise InP HEMT type amplifiers. The receiver is equipped with gain and phase calibration signals. All these receiver components, as well as the cryostat for its cooling, have been designed, manufactured and characterised at the Yebes Observatory. Credit: Yebes Observatory.