50 years of discovering the greatest secrets hidden in the universe 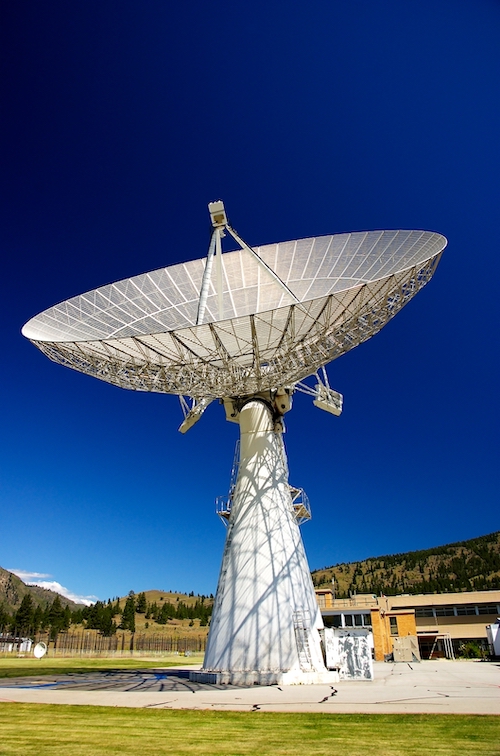 This year the astronomy community is commemorating the 50th anniversary of the first successful VLBI (Very Long Baseline Interferometry) experiments. VLBI provides astronomers worldwide with the highest available angular resolution of radio sources in space. Use of VLBI has improved the understanding of many astrophysical phenomena, such as molecules in space which trace the evolution of stars, and emissions from supermassive black holes in the centres of galaxies. In addition, the International Celestial Reference Frame (ICRF), essential for global positioning systems, is continuously improved using VLBI. Recently, VLBI has provided key information that Fast Radio Bursts (FRBs) have an extra-galactic origin, a major step in helping astronomers determine the nature of these bright and short lived astrophysical phenomena. VLBI requires the coordinated use of multiple telescopes, and technological advancement in the past 50 years has resulted in VLBI networks operating across the globe. One of the driving forces behind these advancements has been JIVE (Joint Institute for VLBI ERIC), at the heart of the European VLBI Network (EVN).

JIVE director Huib Jan van Langevelde reflects that: “It is amazing that 50 years after this first observation there is still so much to discover; at JIVE we are as busy as ever developing new techniques and programmes which will surely yield new, exciting scientific discoveries.”

Records show that the first successful VLBI experiment was conducted in Canada on 17th April 1967, with a series of additional experiments following in both Canada and the US throughout the year. These experiments built on preceding international developments, which included a Russian (Soviet at the time) publication in 1965 on the theoretical concept of VLBI. The experiments in 1967 aimed to coordinate independent radio telescopes to focus on a single bright but compact radio source at exactly the same time. The team successfully detected quasars with an interferometer baseline of 3074 km. This confirmed the compact nature of these radio sources, which were already at the time suspected to be associated with supermassive black holes. In 1995, VLBI combined with radio and optical spectroscopy solidly confirmed the presence of a supermassive black hole in galaxy NGC 4258. Currently, VLBI is the fundamental tool behind some of the most exciting advances in astronomy. JIVE has been developing software for the BlackHoleCam project, which aims to produce the first ever direct image of the supermassive black hole in the Milky Way from observations conducted by the Event Horizon Telescope (EHT).

These astronomical milestones are only achieved because of the continued progress of VLBI technology, which has led to improved sensitivity and ever increasing quality and quantity of data collected during VLBI experiments. Over the last decades JIVE has played a key role in fostering this growth, through its dedicated support of the EVN, one of the leading global VLBI networks. JIVE and the EVN are committed to the ongoing development of new technology to support the global astronomy community. In recognition of the hard work from the VLBI pioneers 50 years ago, we pay homage to the first teams who piloted the technique, and others who opened up the VLBI window on the Universe.

Radio telescope at the Dominion Radio Astrophysical Observatory (D.R.A.O) in Canada. The image is licensed by Darren Kirby, under CC. by-SA 2.0. The telescope bears a plaque that the first radio astronomical observations using VLBI occurred here on 17th April 1967.

More about VLBI, the European VLBI Network and JIVE

The Joint Institute for VLBI ERIC (JIVE)has as its primary mission to operate and develop the EVN data processor, a powerful supercomputer that combines the signals from radio telescopes located across the planet. Founded in 1993, JIVE is since 2015 a European Research Infrastructure Consortium (ERIC) with six member countries: France, Latvia, the Netherlands, United Kingdom, Spain and Sweden; additional support is received from partner institutes in China, Germany, Italy and South Africa.