The European VLBI Network (EVN) is a VLBI network of radio telescopes in Europe and beyond, operated by an international Consortium of institutes. The EVN operates an “open sky” policy and observing proposals are accepted (and peer-reviewed) from astronomers from all over the world. The next deadline is June 1, 2016. In order to inspire you, please have a look at the following 3 science highlights from the EVN. 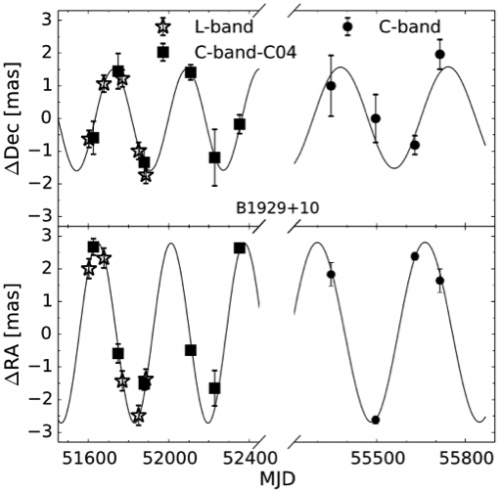 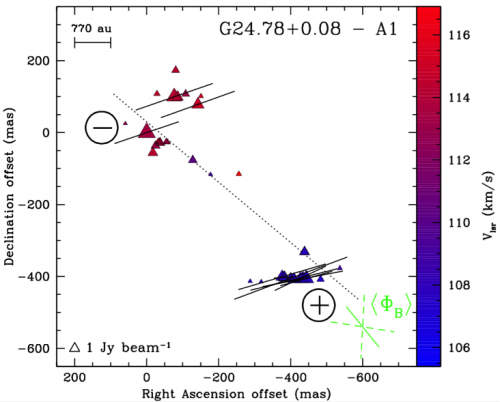 The search for intermediate-mass black hole

Based on quasi-simultaneous EVN and Chandra X-ray observations Mezcua et al. 2015 (MNRAS, 448, 1893, 2015) presented the detection of an off-nuclear intermediate-mass black hole (IMBH) of ∼5×104 Msun located in the spiral arm of the galaxy NGC 2276. The spatial coincidence of the EVN source with the location of unresolved, hard X-ray emission is one of the most compelling signatures of an accreting BH, Fig 6. IMBHs may constitute the missing link between stellar-mass and supermassive black holes (SMBHs) and are the potential could be the sources from which SMBHs grow. 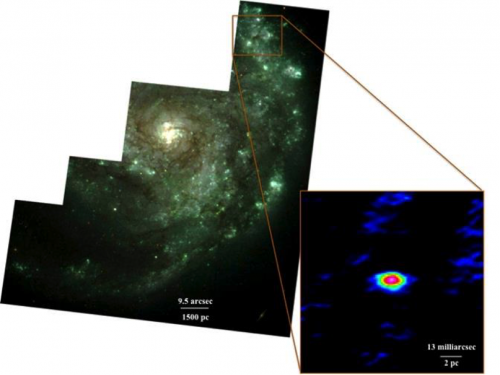 Figure 3. Three-color image of the western arm of the galaxy NGC 2276 where the intermediate-mass black hole is located. The image has been created using three filters of the Wide Field Planetary Camera 2 of the Hubble Space Telescope: F814W in red (8 microns), F606W in green (6 microns) and F550W in blue (5.5 microns). The inset shows the EVN radio image at 1.6 GHz, which reveals the presence of a radio structure coincident with the position of the X-ray source.